Some observers (mostly outside the economics profession) have suggested that the recent financial crisis constitutes a crisis in economic theory. Standard theory, they maintain, cannot explain how such a crisis could have come about. But, in fact, a large mainstream body of theoretical literature―going back many years―clearly demonstrates how over-leveraging by banks and other financial institutions can lead to just such a collapse. Indeed, the literature demonstrates that there is a natural tendency for these institutions to take this type of risky position and, therefore, that there is a strong case for government to impose leverage limits and minimum capital requirements. It may not be outlandish to claim that the crisis of 2007-9 might have been avoided had this literature been studied and its lessons implemented by policy makers. This year’s Summer School will examine some of the main ideas from the literature. 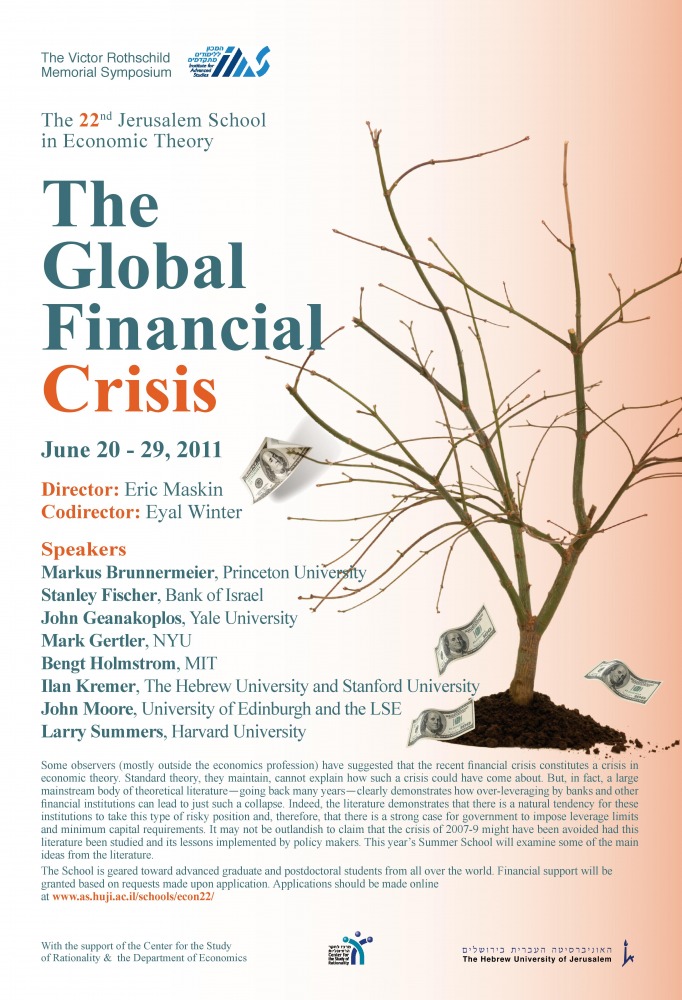