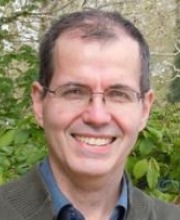 FELLOW
Orsay University
Yves Benoist is a Research Director in CNRS at Orsay University. He was born in 1959, was awarded his PhD at Paris 7 in 1983, and since then has held CNRS positions at Paris 7, at Ecole Normale Superieure, and taught at Ecole Polytechnique. He was a Visiting Professor at Brown in 2008 and received the Clay Research Award in 2011.His main research topics deal with discrete subgroups of Lie groups. In the last few years, he has been using, with Jean-François Quint, a probabilistic approach via random walks to study them. His previous works include the construction of nilmanifolds with no flat affine structure, the extension of the moment map convexity theorem to any symplectic action, and the theory of higher dimensional projective tilings. Two important publications are ''Mesures Stationnaires et Fermes Invariants des Espaces Homogenes'' in Annals of Mathematics 2011, and ''Convexes Divisibles IV'' in Inventiones Mathematicae 2006.