Equidistribution, Invariant Measures and Applications
A tribute to the Legacy of Marina Ratner

Marina Ratner's work on homogeneous dynamics, specifically her landmark results on classifying invariant measures and invariant sets under the action of unipotent groups, are a cornerstone of modern ergodic theory. They have had remarkable impact in various branches of mathematics, which is only growing over time. The Midrasha will be devoted to recent developments that build on and extend Ratner’s seminal work, including: unipotent flows and their applications to counting and equidistribution; diagonal flows on homogenous spaces, and their applications in arithmetic and beyond; measure and orbit classification results for dynamics on moduli spaces of abelian and quadratic differentials; stationary measures and associated random walks in the homogeneous and non-homogeneous spaces. This Midrasha will provide a unique opportunity to remember Marina Ratner (1938–2017) and to celebrate her legacy. 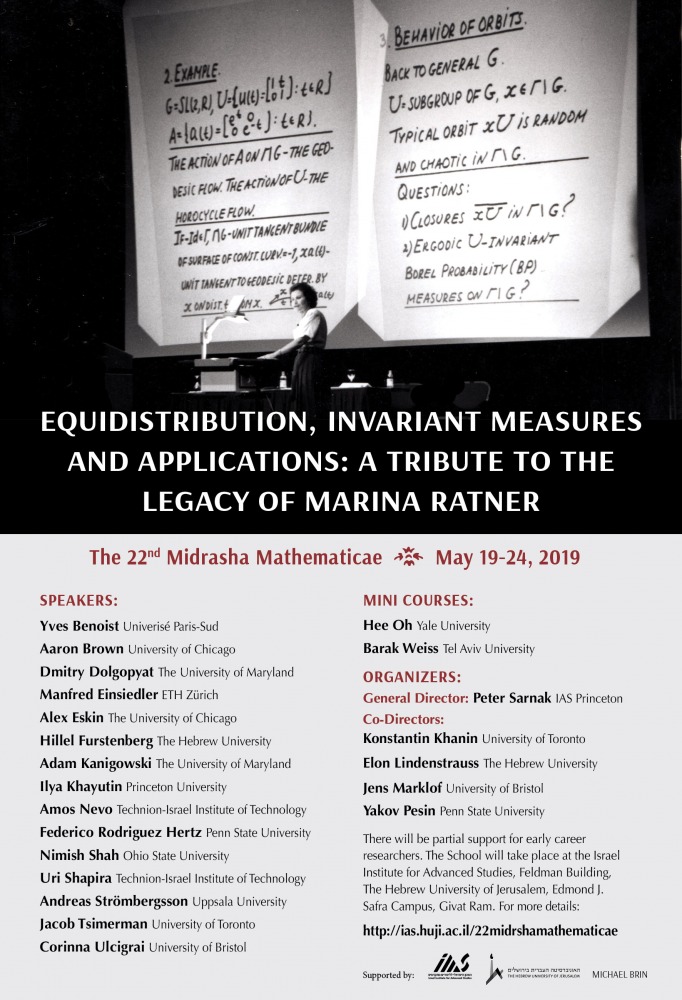