The subject of the Summer School for 1999 is the cooperative theory of games. Game theory has long had two different approaches, the non-cooperative and the cooperative. The first can be traced back to Cournot's theory of "limited competition", the second to Edgeworth's analysis of bargaining among a limited number of participants. The non-competitive approach is based on individual maximization constrained by the choices of others.

The cooperative approach, still based on individual rationality, seeks to see how a group of individuals can -- with full communication -- acheive mutually desirable outcomes. The cooperative approach tends to characterize outcomes by axioms describing the reasonable outcomes of the bargaining process. It has historical relations therefore with welfare economics, at the same time making contact with allocation procedures found in religious and philosophical texts. There are a variety of cooperative solution concepts, with interesting interrelations. These will be pursued by the speakers, together with applications of cooperative game theory in real-life situations.

With the support of the Center for the Study of Rationality 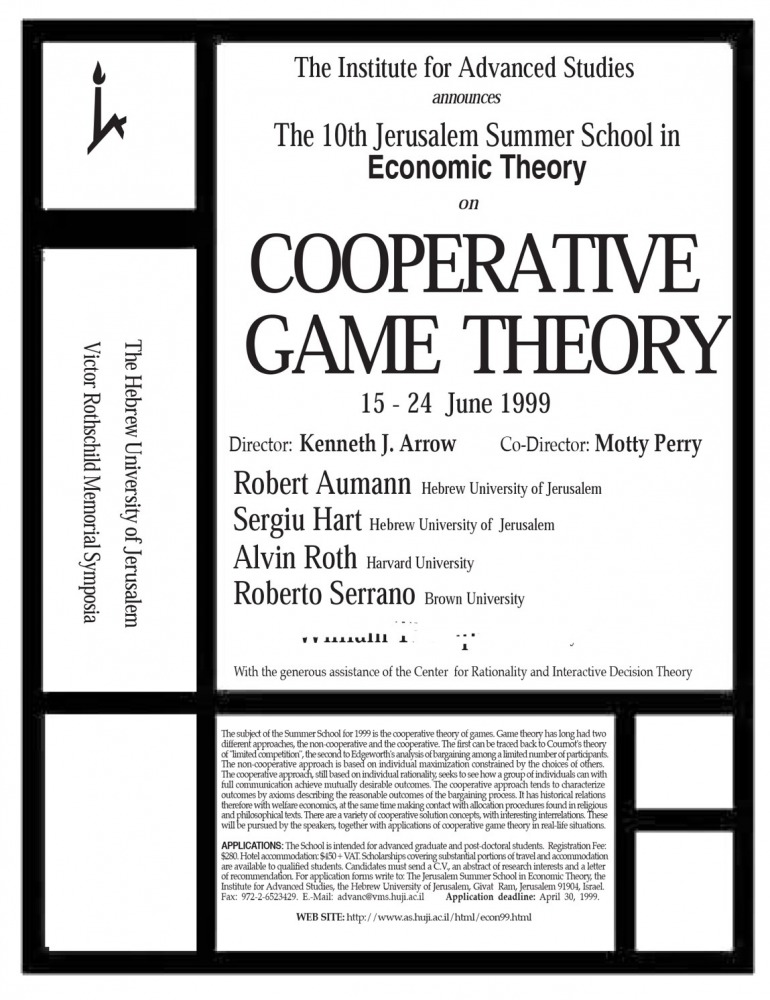