The Economics of Kenneth J. Arrow

Professor Kenneth J. Arrow, Nobel Laureate (1972), has been the Director of the Jerusalem Summer School in Economic Theory for eighteen years, since its inception in 1990. In 2008, the Summer School will be devoted to a review and exploration of Professor Arrow’s remarkable achievements in Economic Theory, marking his retirement from the School’s Directorship. 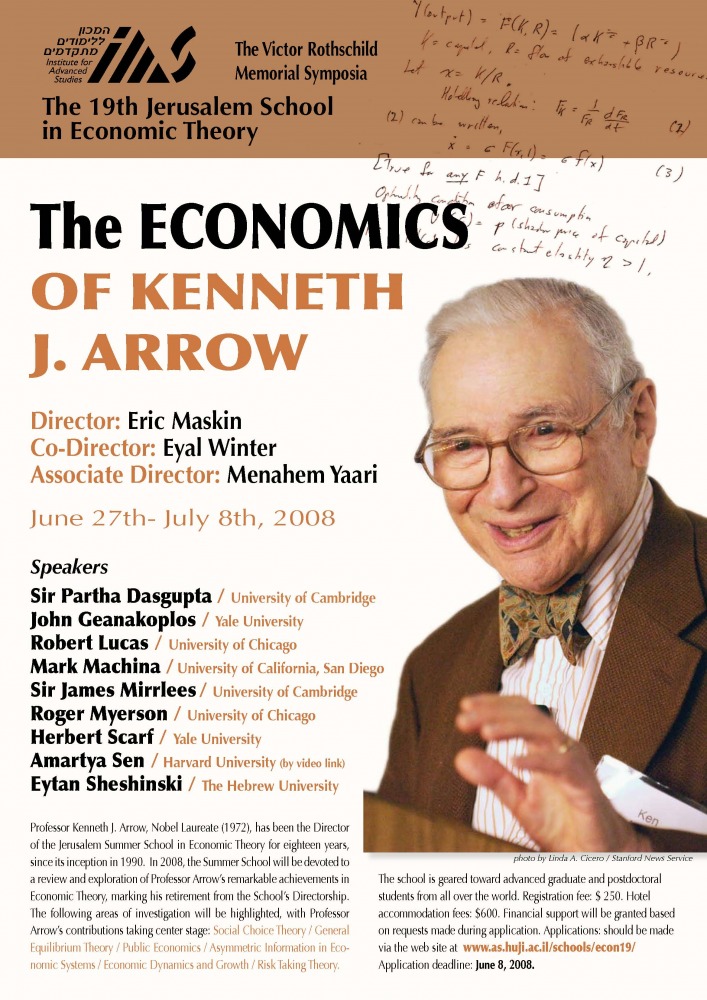