Computational Biology and Structural Biology are closely interrelated areas of research. Throughout the years, great advances in experimental techniques resulted in the appearance of multiple structures, including very large and complicated molecular machines. At the same time, computer simulations and analyses allowed for a better understanding of macromolecular modes of action. This mutual importance has been recently highlighted by the Nobel Prize in Chemistry given for “the development of multiscale models for complex chemical systems." The School aims to focus on the ongoing synergy between Computational and Structural Biology. It features a great team of speakers from both fields, including three Nobel laureates. Participants in the School will become familiar with the principles of multiple methods such as: X-ray crystallography and Electron Microscopy of very large structures, Molecular Dynamics, Computational Protein Design, QM/MM, Structural Classification, and Biophysics. In parallel, the state-of-the-art applications of these techniques to outstanding biological problems will be presented. 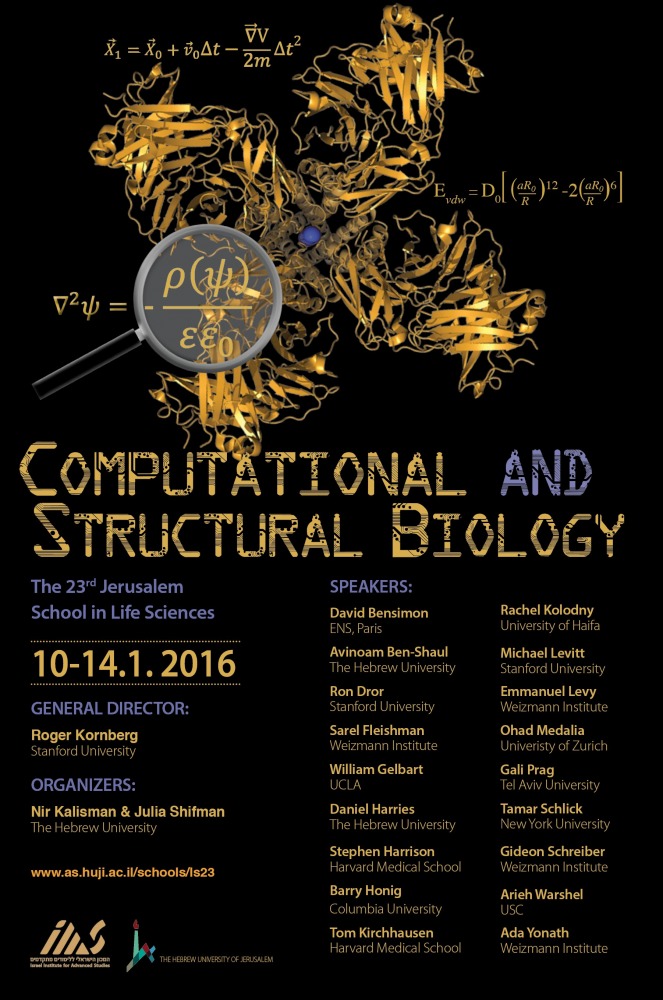