Scholarly interest in medieval logic, both in its own right and for its impact on medieval intellectual history and culture, has grown exponentially in the last half-century, first for the Latin and then for the Arabic traditions. Yet scholars of medieval logic have only recently become aware of the Hebrew tradition of logic, whose study is still in its incipient stage. Even experts in medieval Jewish philosophy have neglected the corpus of logical writings that formed the primary education of Jewish students in the medieval communities of Spain, Provence, Italy, and Greece.

The IIAS research group in the Reception and Impact of Aristotelian Logic in Medieval Jewish Culture has spent the year examining this corpus and its impact on other areas of Jewish intellectual endeavor. The conference, sponsored by the IIAS, the Joseph and Rebecca Meyerhoff Center of Jewish Studies at the University of Maryland, and Bar Ilan University, brings together leading scholars in the history of medieval logic and philosophy from the US, Europe, and Israel and includes, for the first time, Hebrew logic and its impact as one of the main topics of inquiry. 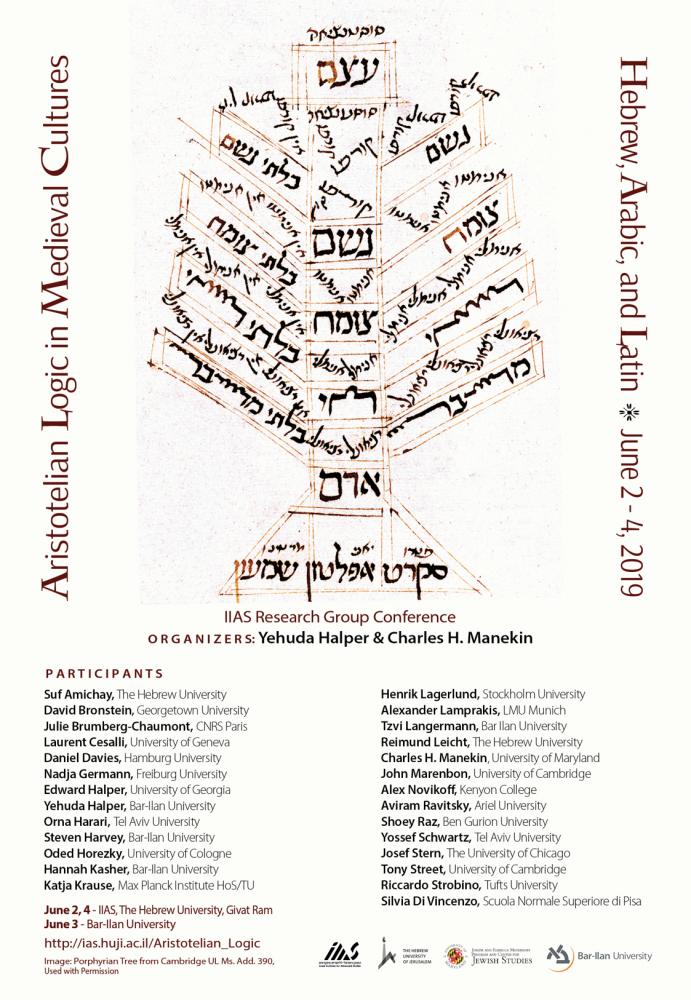