The Pentateuch lies at the heart of the Western humanities. Yet despite nearly two centuries of critical scholarship, the human origins of this monument of civilization remain shrouded in the past. Indeed, the traditional conception of a unified, self-consistent foundation narrative has long been given up. Critical scholarship has isolated multiple layers of tradition, inconsistent laws, and narratives that could only have originated from separate communities within ancient Israel, and were joined together at a relatively late stage by a process of splicing and editing.

Recent developments in academic biblical studies, however, jeopardize the revolutionary progress that has been made over the last two centuries. The so-called “Documentary Hypothesis” has dominated academic discourse on the Pentateuch since the end of the nineteenth century. More recently, however, the source-critical method has come under unprecedented attack. In fact, in many quarters it has been rejected entirely. While new perspectives are constantly being generated to replace traditional paradigms, the past forty years of scholarship have witnessed not simply a proliferation of intellectual models, but the fragmentation of discourse, especially among Israeli, European, and North American scholars.

This conference seeks to further international exchange and re-establish a shared intellectual dialogue. Presentations will be offered by a group of twenty-five international scholars, drawn from the fields of Biblical Studies, Second Temple/Dead Sea Scrolls, and Jewish Studies, with extensive time for discussion and debate. 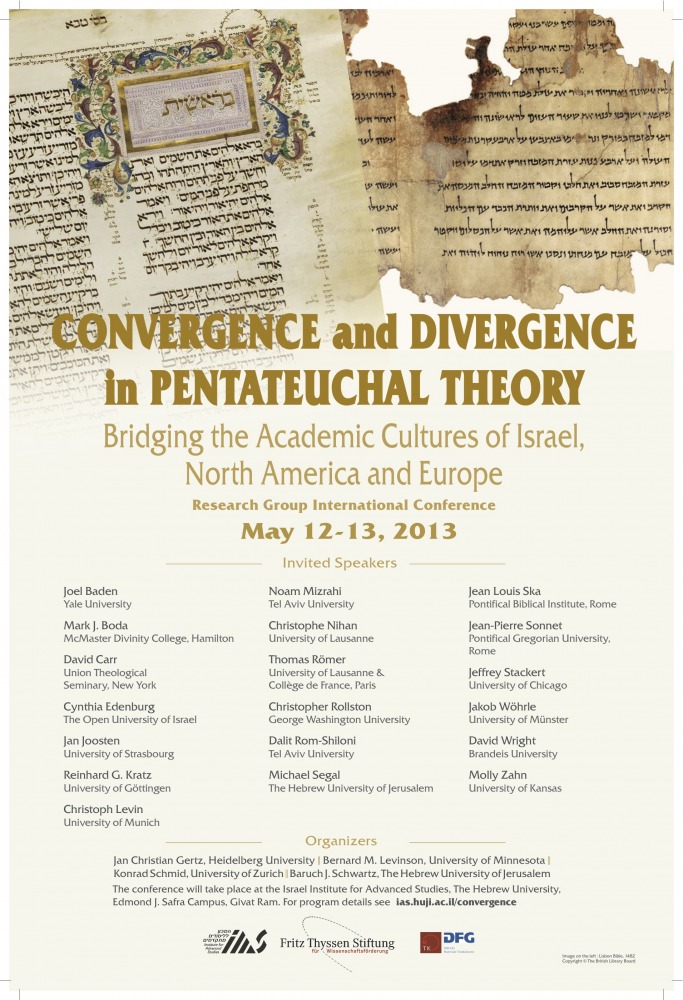