The conference - which will bring together scholars from Israel as well as guests from the USA and Europe - will address various issues regarding prayer and worship in Eastern Christianity (5th-11th centuries). Rather than focusing on doctrine differences and analyzing divergent patterns of thought, the papers will address common pattterns of worship, individual and collective prayer, hymnography and liturgy, as well as the indigenous theories that undergirded Christian practices. By looking at liturgy, performance, prayer, poetry, and the material culture of worship, we aim to forge a new conversation about the religious dynamics in the medieval eastern Mediterranean world centered on the history of religious practice. 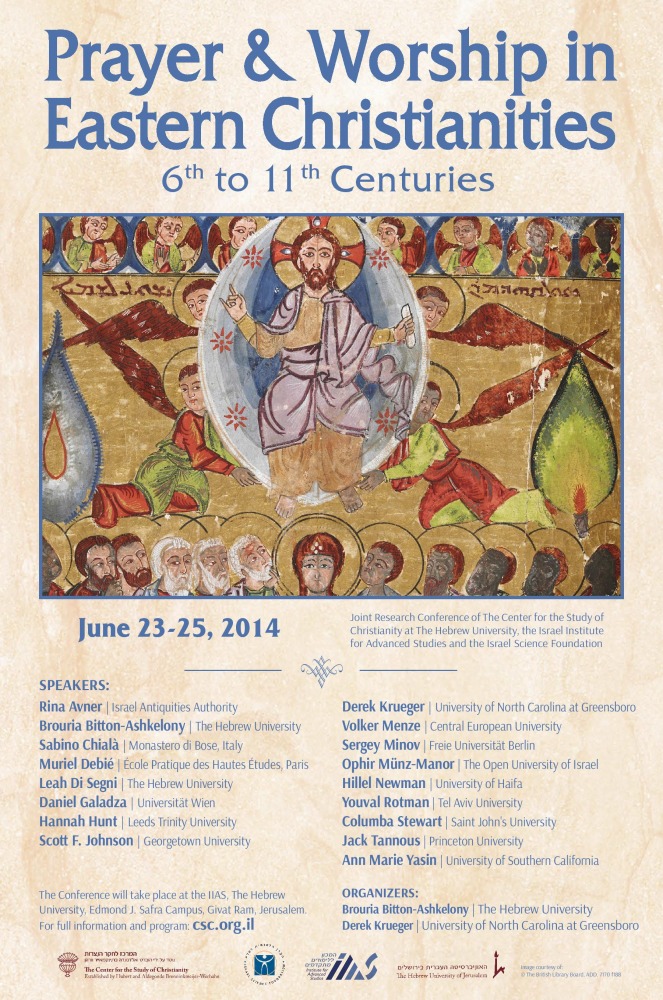