The study of random walks on Cayley graphs is a central part of modern probability theory. The main questions in this area revolve around the connections between geometric properties of the group and the behavior of a random walk on a the group. Examples of such connections include the relation between return probabilities of the random walk and the spectral radius of the group, its amenability, its isoperimetric profile and its volume growth and the relation between the entropy and rate of escape of the random walk, its Poisson-Furstenberg boundary and its embedding into Hilbert space. Most of these connections cannot be extended to general (non-transitive) graphs. A natural question is what type of symmetry is required from the graph in order for such connections to hold.

In recent years, a new category, stationary random graphs, emerged. These are random rooted graphs on which the simple random walk is stationary. Such graphs appear naturally in various contexts (e.g. random walk in random environment, uniform infinite planar triangulation). It has been discovered that some of the above mentioned connections carry over from the category of groups to stationary random graphs. 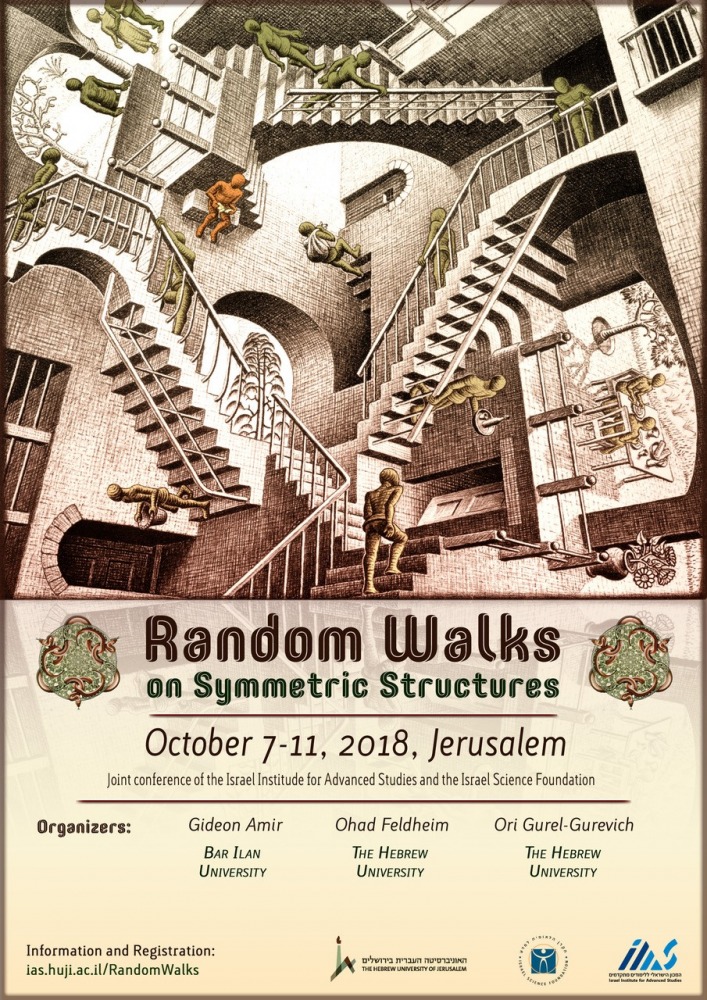