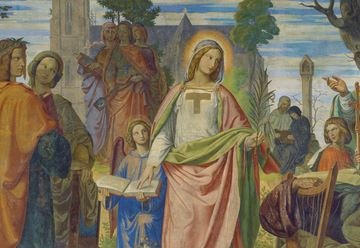 This event is a reunion conference for the Research Group "Personal and Institutional Religion: Christian Thought and Practice from the Fifth to the Eighth Century". The conference, which will bring together the members of the original group as well as additional guests from the US and Europe, will address various issues regarding the religious experience of crisis in the Mediterranean world of the 4th-7th centuries. The goal of the conference is to discuss the following questions: What was the impact of theological controversies on the social and intellectual life of Late Antiquity? Is it possible to approach the Eschatological reactions in Judaism and Christianity from this angle, namely, as a religious experience of crisis? To what extent has the perception of political and theological crisis affected changes in the theological outlook and the spiritual life? How did the religious communities in the Mediterranean world perceive this crisis?