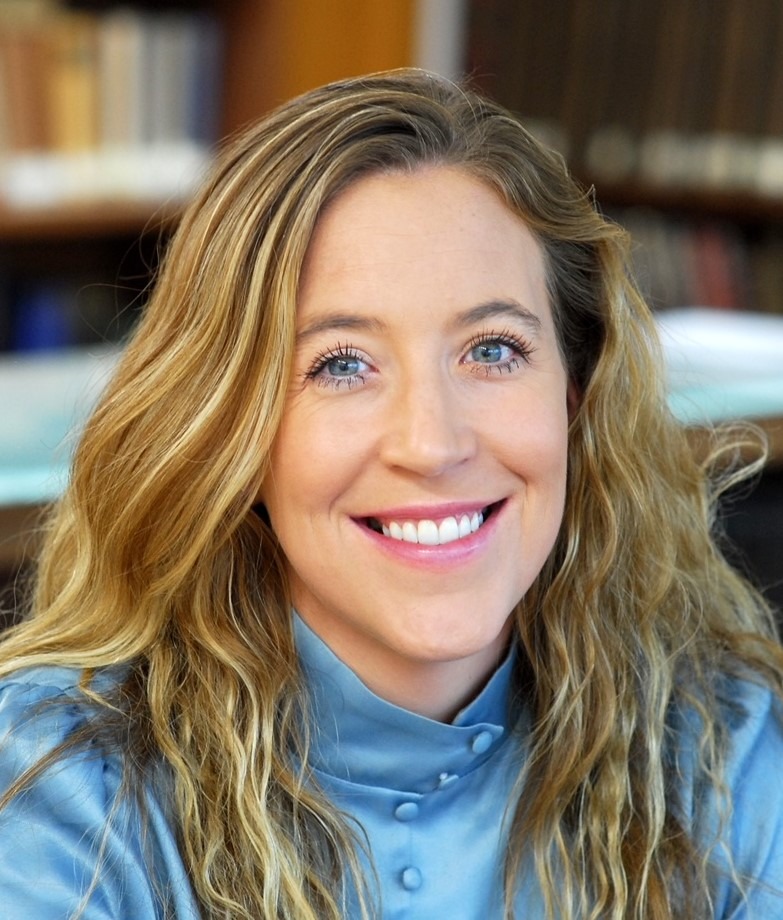 This week's Featured Fellow is Emilie Murphy, a lecturer in Early Modern History at the University of York, and a member of our Research Group, "Sensing the Truth: Changing Conceptions of the Perceptual in Early Modern and Enlightenment Europe". We spoke to Emilie about sound, life in Jerusalem, and TV appearances...

My main project is called The Reformation of the Soundscape in Early Modern England. The central premise is that sound is the key way that religious knowledge was disseminated in early modern England, and I'm looking at that in a few different ways.

I'm finishing an article on the role of sound and hearing in the accounts of Anglophone travelers, which argues that travelers discuss the things they've heard to bolster their credibility, just as much as when they discuss what they've seen. People talk about eye-witnessing, and what I'm exploring is 'ear-witnessing'.

I'm also looking at the reception of The Whole Book of Psalms, which was the most popular book in early modern England. Just before I came to Israel, I went to several archives and photographed surviving copies, looking for signs of ownership and use. One of the main things I've found so far is how much of a treasured object this was in the home. There's one amazing copy that was passed down through the women of the family, and it has lots of autobiographical women's writing. The women wrote their initials next to particular psalms that they liked, underlined parts of psalms, and wrote religious verse and prayers in some of the blank spaces. It supports the existing scholarship on the significance of the psalms in people's lives during this period.

Lastly, I'm finishing a piece on language learning by early modern Catholic women who became nuns in exile. All of the work is informed by a sensory methodology, which is the theme of the Research Group. That's what ties it all together.

How did you venture into researching nuns?

My PhD thesis was on English Catholicism, including English Catholics who chose to leave England and live on the continent. Thousands of English women travelled during this period to join convents, and music was such an important part of convent life. My postdoc was on women's writing, and one particular archive that I worked with was at a Benedictine convent in Brussels, Belgium. Their archive is filled with several hundred letters from a period where there were many disputes in the convent. The nuns kept writing to their archbishop to inform him of the problems with the abbess in the convent, but the abbess was censoring and circumventing a lot of the mail. There was a lot of drama in this convent, which is great for historians, because often records are left when there is drama!

How do you recreate or rediscover historic sounds?

The problem with studying sound is that it is very ephemeral, so you have to rely on how a sound is described on paper, whether in literal sheet music, or in references to melodies. One of the popular genres in early modern England was the ballad, where a verse would be written on a page, and then the tune is written at the top as "To the tune of…". Occasionally you have the melodies written down elsewhere, so historians can figure out what the melody is, but in many cases, the melody has been lost – but it informs us that the text was sung, and to a tune that was also used in other texts. In my work I'm not trying to reconstruct how something sounded exactly. I'm more interested in the way a particular sound has made someone feel, and their impression of a sound.

You were on an episode of Countryfile a few years ago – how did that happen?

A researcher from Countryfile contacted me because they were doing an episode on Northamptonshire, and they found out that I was researching the architect of the Rushton Triangular Lodge, a man called Thomas Tresham. I was asked to talk on the show for a few minutes about the symbolism of the lodge, and as I was chatting to the researcher, I also shared that I was working on some symbolic Catholic music that was associated with Thomas Tresham. So that developed into a larger segment on the program where I brought a group of singers from York, and we performed the piece in the lodge, which was very exciting. It was a fun experience. Although on my first foray into television, I foolishly decided on my outfit before I checked the weather, and I wore something that was not warm enough at all for a freezing day in January! But no regrets. The camera didn't catch my shivering.

How has your experience been at the IIAS?

I haven't had this level of dedicated research time for over five years! I'm so grateful to be able to sit in my own beautifully-equipped office, and to have these conversations with colleagues, and chat about issues with what I'm working on. It's been really nice.

How is life in Jerusalem?

It's so hilly! It’s the hilliest place I have ever been to in my life. But it's amazing to visit the places described by the travelers whose narratives I'm reading, such as the Church of the Holy Sepulchre, and the Church of the Nativity in Bethlehem. Some of the English-speaking travelers I'm researching went on tours of Jerusalem led by Franciscan friars 400 years ago, and they still do those tours today! So it’s an incredibly historic place, and it's really wonderful to experience it.

I hadn't been to Israel before, and one of the reasons why my husband and I wanted to come with the kids for a year was just to see what life is like here. People talk about Israel and the Middle East back in the UK, but I think most of them have never actually been here. So we wanted an opportunity to experience living here – and it's been good!

Music is also a big part of my extra-curricular life, and pre-corona, we used to go to a lot of gigs and concerts. I like a whole range of music, from 16th-17th century early music, performed by groups such as The Sixteen, to more normal contemporary stuff, such as indie, folk, and pop. My two favourites at the moment are the British groups KAWALA and Oh Wonder.