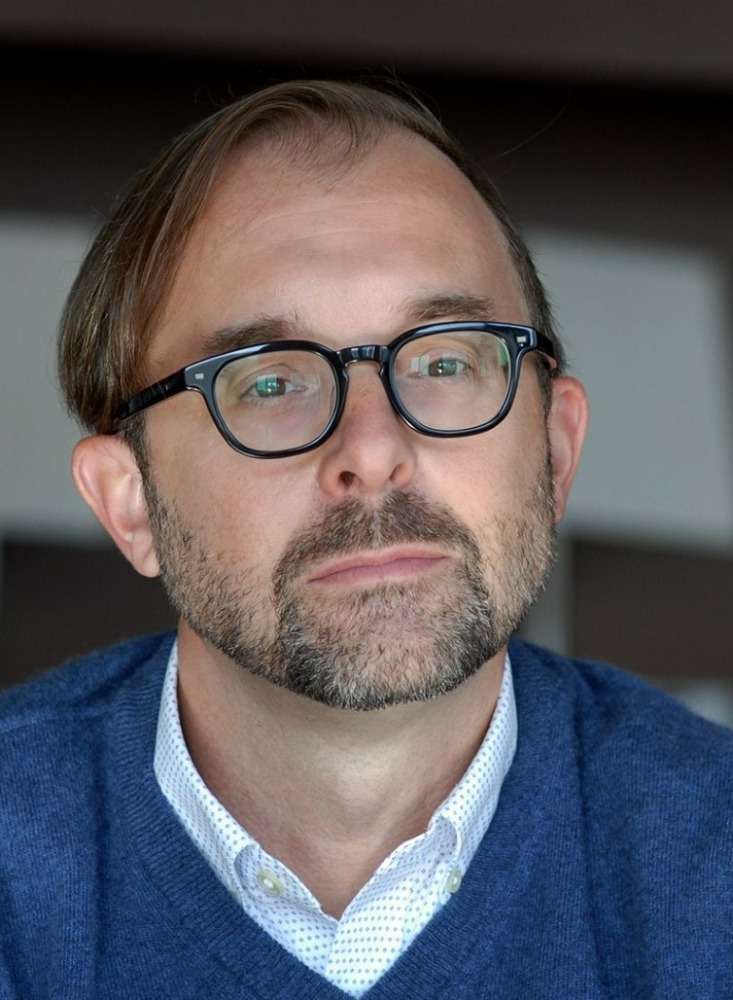 This week’s Featured Fellow is Eric Fournier, a professor of History at West Chester University of Pennsylvania, and a member of our Research Group, “Purity and Pollution in Late Antique and Early Medieval Culture and Society”. We spoke to Eric about martyrs, heretics, and skiing…

I've been working on a new project about the use of martyr accounts – passions and texts about martyrs – in a period after the time of Constantine (d. 337 CE) when persecutions had supposedly ended. The martyr texts developed when the Romans were persecuting Christians (mostly 3rd century CE), so the question is why Christians continued to use these texts once the persecutions had stopped.

What have you found so far?

There are two things I'm playing with at the moment. The first is that I'm using insights on memory from anthropology and sociology, which focus on identity and community membership, to construct a view of the past. In this case, the martyrs were heroes of the past that were fighting this 'other' – the evil Romans – so there was a polarized view of the world, whereas in reality, people were more cooperative. We used to think of identity in binary terms, and there is now a lot of work to debunk this, and to show that people have various identities and that various elements can be activated in different contexts. I'm applying some of these insights to texts authored by bishops and theologians, who saw the world in black and white and believed that everyone needs to be Christian, and they used these texts to push their Christian identity agenda.

I’ve also found that the different Christian groups share the same heroes. In North Africa, the two popular saints are Perpetua and Cyprian, and they are reused over and over again across centuries by different groups, even in their conflicts against each other. The same texts and heroes are used as models for themselves and their own communities, by all of these Christian groups. I think that scholars have been obsessed with these groups fighting each other – Vandals and Romans, Catholics and Arians, heretics – and we don't see the similarities they share. So that’s part of what I'm studying – these heroes and the texts about them that they all share, despite their use in hostile contexts.

How does your research link to the themes of Purity and Pollution?

One of the disputes, between Donatists and Catholics especially during the 4th and early 5th century, was all about purity. During persecutions, Christians were not the target, as in trying to eliminate them, rather Romans were trying to coerce all inhabitants of the Empire to perform state rituals. This involved offering a public sacrifice of an animal, or burning incense, which Christians objected to, and yet many Christians did it. Christian elites and authority figures called this lapsing, and this created a dispute over how to readmit lapsed Christians into the community. One faction was more understanding, and said that doing a little penitence (well, years really) is enough to come back into the fold, whereas the zealous Donatists said that these lapsed Christians could not return until their deathbed. But the real fight was whether someone who lapsed during the persecution could become a bishop. The new bishop of Carthage, a role similar to the head of the church in North Africa, was labelled a lapsed bishop, and Donatists decided to elect their own bishop. Over a century, across all of North Africa, there were two bishops in many towns, because of that initial purity question.

Within my larger project about the lives of saints, there are Donatist passions with passages about purity and pollution, which links to the identity theme of imposing a polar perspective on the world. That’s what they're really pushing in these texts with these passages using the language of contagion and disease. If you're in the other group, you carry this pollution and spread it to the people, so it's very important for them to maintain this purity, which Donatists attempt to do by rebaptizing Christians baptized by their opponents (Catholics).

How did you become interested in this area of history?

Once I discovered Roman history, I became very excited about the period of early Christianity and the late Roman empire, especially because I come from a Catholic background. I found it fascinating that historians started looking at religious texts of this period from an anthropological perspective, to understand cultures and mentalities, in contrast to the monks and theologians who mostly had been reading these texts at face value for centuries. This transformation of perspectives was energizing to witness.

People have this image of history as unchanging; you study facts, and events, and dates, and you just memorize them. But my research has pushed me to realize that history is actually what historians think of the past. Each generation has its own perspective, and this changes over time. Once you see it in what you're reading, you can't unsee it. That’s the most fascinating part of history to me by far.

How has your time been at the IIAS?

Having the opportunity to devote myself completely to research is something that I've been craving, because I usually teach four classes a semester, so time for research is few and far between. But also, it's been great to have the opportunity to exchange ideas and meet new people. I realized that we had some overlap with the other research group here at the IIAS, "Sensing the Truth": some of their members are also using similar theoretical literature on memory and trauma, and are working on themes of persecution, albeit in different periods. Cross-pollination between fields is always inspiring and invigorating, so that’s been great. Even in our own seminars, having external speakers, and studying the same topic from different periods and perspectives, and brainstorming, and playing with ideas… that’s what I really enjoy.

What do you like to do in your spare time?

I ski (in the winter, at home), and play tennis a lot. Yaniv Iczkovits and I realized that we both play tennis, and we've been hitting the courts at least once a week here on campus. That’s been really fun.

I also love to travel. Before I started grad school, I saved up some money and went travelling, with the goal to visit a site or a museum every day for three months. I started in Rome, and toured Italy, Sicily, Tunisia, Greece, Turkey, Syria, Jordan, and then finished my trip here in Israel. In Syria, I went to places that have since been destroyed and we can no longer return to, such as Palmyra. In hindsight, I feel very fortunate that I was able to visit these places, but I never imagined that I wouldn't be able to go back to these places, which is tragic.

Now that I'm back in Israel, and studying early Christianity, it's fascinating to see all these really important historical sites. When my wife visited about a month ago, we rented a car and went to places such as Beit She'an, Galilee in the north, and Timna Park in the south. By North American standards, Israel is a really small country. Everyone was telling us, you’re crazy for driving six hours in one day, but for us it's not that big of a deal!

You also spent 10 years as a ski instructor – how did that come about?

Skiing was our family activity growing up, and so I took a lot of lessons and had finished all the courses by age 15. At 16, my mom gave me a newspaper clipping of an ad that the local ski hill was hiring ski instructors, so I registered for the training and started working there. I continued throughout my studies until I started my PhD. It was a pretty good job, and it allowed me to continue skiing while being paid for it!