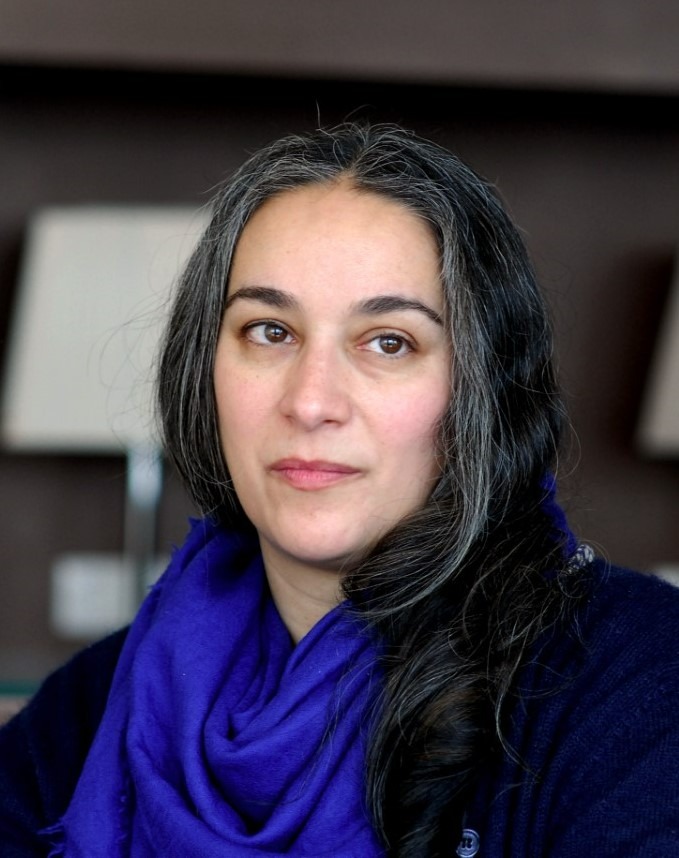 This week’s Featured Fellow is Miriam Jacobson, a professor of English at the University of Georgia, and a member of our Research Group, "Sensing the Truth: Changing Conceptions of the Perceptual in Early Modern and Enlightenment Europe". We spoke to Miriam about the Renaissance, love tokens, and mummies…

How would you describe the research that you're working on?

I'm working on my second full book monograph project, 'Renaissance Undead: Reanimating the Past in Early Modern England'. I'm a scholar of Renaissance and early modern literature in English, and my expertise in my field specifically looks at travel and trade, and the role of classical antiquity in Renaissance literature and culture.

In this book, I'm exploring the notion of Renaissance, the rebirth of the classical past. I'm looking at uncanny moments where something that was dead and buried, usually an object or a body part, might be cajoled into bringing back the past. Each chapter in the book looks at a different object that is used to bring back the past in different ways. Each of these moments of resurrection or reanimation, of raising the dead or bringing back the past, is a highly sensory experience. The senses, which is the theme of my Research Group, are the key to understanding this period.

What are some objects that you're exploring?

One chapter, on the theme of restoration, is about mummy – ground-up human remains that were used in medieval and early modern medicine. The most prized version of this came from the pyramids at Giza. Mummies were imported to Europe and sold in apothecary shops as a cure for everything. They also appeared in culinary and cosmetic recipe books, so it was very widespread. I discovered that they were interested in the ingredients used to preserve the mummies, particularly bitumen, which is a really sticky, resinous substance that you can still buy on eBay as a homeopathic remedy. Europeans thought that the only way they could access this substance was by digging up ancient Egyptian cadavers and extracting it. It's really, really weird. So this chapter is looking at the trade in mummia from a historical point of view, but also questioning what this tells us about early modern people's relationship to the past, if the past could be ingested and incorporated.

I have another chapter on the theme of resurrection, looking at lace bracelets – love tokens – that were made from human hair in the early modern period. There was a practice to bring your hair to a lace maker, to be woven into lace. You can see these big lace cuffs in the Victoria & Albert Museum – it’s amazing! A lot of these bracelets have been lost to time, because they decompose quite easily, but they feature in a number of lyric poems by John Donne and others. The interesting thing about these bracelets is that in the poems, they're animated with the soul of the beloved. Most of the poems are written from a perspective where the beloved is gone: either the writer has been dumped, the beloved has died, or the writer imagines a time when they have been separated by death. In Donne's poems, these hair bracelets become tools at resurrection day to bring back the beloved. He has this Harry Potter-esque belief that every part of the body contains a part of the soul, so if he has his beloved's hair bracelet, it doesn't matter if she dumped him, or if she died, because her body will return to him on resurrection day, looking for its missing part. So the hair bracelet becomes a vehicle for resurrection.

How did you first get into this whole area of research?

My PhD supervisors were really interested in material culture, studying objects from the early modern period, and looking at what humans' relationships were to those objects. Material culture includes exploring material texts: treating the book as an object and the ink on the page as something in three dimensions, rather than as an abstract idea. I got into my research through that, when I realized that I could do something that wasn't just textual analysis. I've always thought of classics and the Renaissance period as very interdisciplinary, and if I'm going to be writing about Shakespeare, I can't do that without thinking about it in more than one dimension. It's a little bit anthropological, a little bit like museum studies, and part of it is that I wish I had been an art historian!

How has your experience been at the IIAS so far?

There's not a day that goes by that I don't feel tremendous gratitude for the opportunity to be here, and for the culture of inquiry here, and the conversations that we're having which are operating at a level higher than I've ever experienced. We have weekly seminars where we're either workshopping something, asking a question and sharing ideas, reading a text together, or listening to an invited speaker, and the conversation is always at the highest level. And there's so much love and respect for everyone.

Four of us in my Research Group are mothers of small children, and so I'm grateful to the Institute for taking a chance on us, because I think that it's difficult for working moms, especially academics, to get an opportunity like this. So I think that the culture of the Institute has just been so supportive, and I'm really grateful for that.

What do you like to do outside of research?

A lot of my research is about travel and trade, and so I really do like exploring new places and walking the city, going to the Old City, tasting new tastes… the senses are how I experience the world. So I'm a huge fan of spice shops and spice markets, and interacting with as many different people as I can. If there weren't a pandemic, I would be going to the theatre a lot. I'm also a musician, and I play the piano.

All kinds. I play classical. I'm just getting into some Israel music, like Idan Raichel. I'm also into Ladino (Judaeo-Spanish) music. One of the assignments I give my students is to make a Spotify playlist related to one of the texts that they've read, which can be a great way to think through scholarly analysis in a contemporary context.