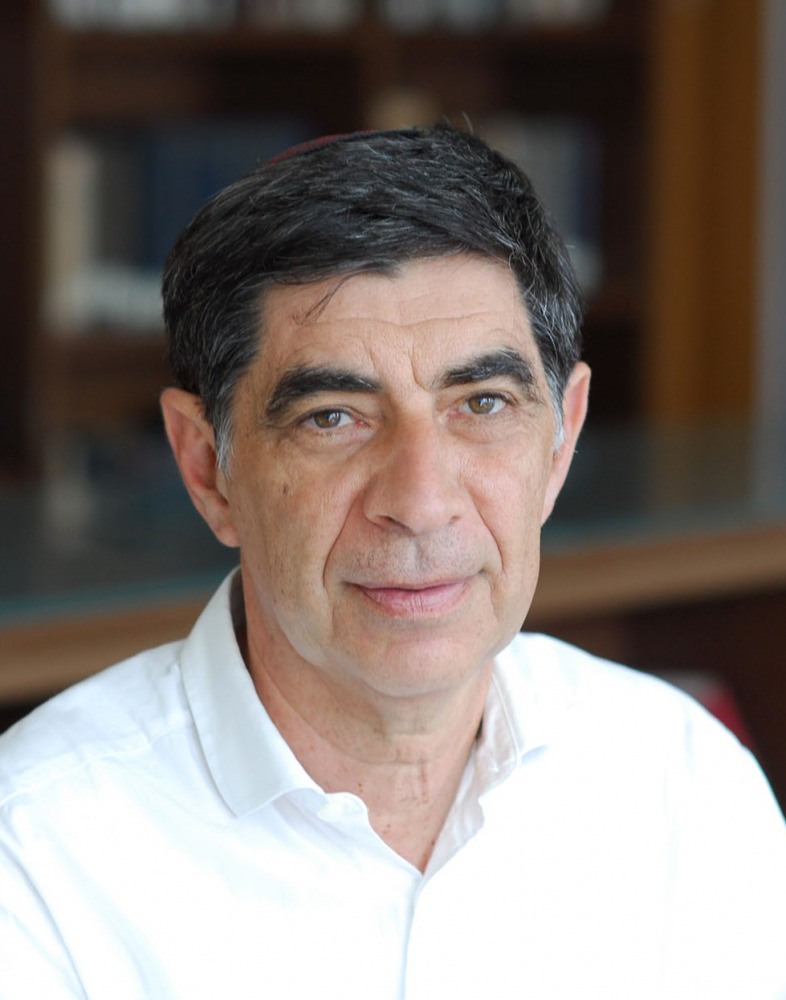 This week's Featured Fellow is Simha Goldin, Director of the Goldstein-Goren Diaspora Research Center at Tel Aviv University, and an Individual Fellow at the IIAS. We spoke to Simha about liturgical poetry, conversion, and 13th century feminism…

What research are you working on during your residency at the IIAS?

I am curious as to how the Ashkenazi Jewish communities survived during the Middle Ages, despite internal and external threats. I am also interested in the role of women and children in this survival process. In my book Yihud ve-ha-Yahad (Uniqueness and Togetherness), I argued that the survival of the Jewish communities throughout the Middle Ages was thanks to the creation of massive and unique organizations that allowed successful socialization processes. Through these, individuals were taught beliefs, values and behaviours. Since these processes took place in the synagogue, I have studied the synagogue as a social institution, rather than as a place of prayer.

The socialization processes are also evident in the prayers. Jewish prayers in the Middle Ages are a unique source of information. It appears that prayers were constantly added to the main section of the prayerbook, and these prayers contain numerous hidden messages pertaining to everyday life, as well as hinting to the Jewish community's relationship with Christianity. Hence, liturgy can profitably be used for the study of social history. By looking at liturgical poems in prayerbooks and by using medieval commentaries on these poems, I try to understand how Jewish socialization processes evolved, and what made them so effective.

Can you give an example of a prayer that hints towards these socialization processes?

An excellent case in point is the liturgical prayer for Shavuot (Pentecost). One of the main themes in the celebration of Shavuot is the reception of the Torah from God on Mount Sinai. In the 12th century, the Christians claimed that the covenant between the Jews and God had become void with the passion of Christ, and that the Torah had been passed on to the Christians – the 'New Israel' – instead. In response, the Jewish paytanim [i.e. authors of the liturgical poems] composed a liturgical poem based on Midrashic sources, describing how God used the Torah to create the world, thus implying that the connection between the Torah and the Jewish people precedes even the creation of the world, and as such, the bond between God and the Jews is unbreakable. In this example one can see how the paytanim used liturgical poetry to challenge Christian beliefs and theological claims, and at the same time strengthened the Jewish faith.

Such liturgical poems are often accompanied by illustrations, and, as can be seen in numerous handwritten prayer books, these drawings contain hidden messages as well. Hence, studying these liturgical poems with their commentaries and illustrations is an interdisciplinary enterprise that combines history, theology, literary studies and art.

Your research also touches upon the relationship between Jews and ex-Jews in the Middle Ages. Could you please say a few words on that topic?

My book, Apostasy and Jewish Identity in High Middle Ages Northern Europe: 'Are you still my brother?', explores the relationship between Jews who kept their faith, and Jews who converted to Christianity in the Middle Ages. Throughout the 11th and 12th century, the Jews who remained Jews were mainly trying to bring the ex-Jews back into the fold. But the 12th and the early 13th century was a challenging period for the Jews of Eastern Europe, featuring the violence of the Crusades and the emergence of blood libels. Consequently, by the end of the 13th century, the idea was not so much to bring the ex-Jews back to the community, but rather to keep them as ‘distant brothers’. I would submit that the historical circumstances and the ever-growing tensions between Jews and Christians had a huge effect on the attitude of Jews towards their converted brethren.

You have also explored the role of Jewish women in your book, Jewish Women in the Middle Ages – A Quiet Revolution. Were there any surprising outcomes of your research?

Although the cheder [i.e. Jewish elementary school] was for boys only, in the 11th and 12th century Jewish girls were able to receive a solid good education at home. In addition, contrary to the assumption that women-only prayer services are a modern Jewish phenomenon, it appears that according to our sources, women-only prayer services were performed as far back as the 13th century!

How has your time been at the IIAS so far?

Being at the IIAS reminds me of my sabbatical time at Cambridge University, where there is a friendly, social environment, and you can't help but bump into all your colleagues as you walk around the building. It’s fantastic! Not to mention that my current research requires access to manuscripts in the National Library of Israel [located on the Givat Ram campus of The Hebrew University], so the IIAS has given me a great opportunity to further my research in the optimal academic environment.