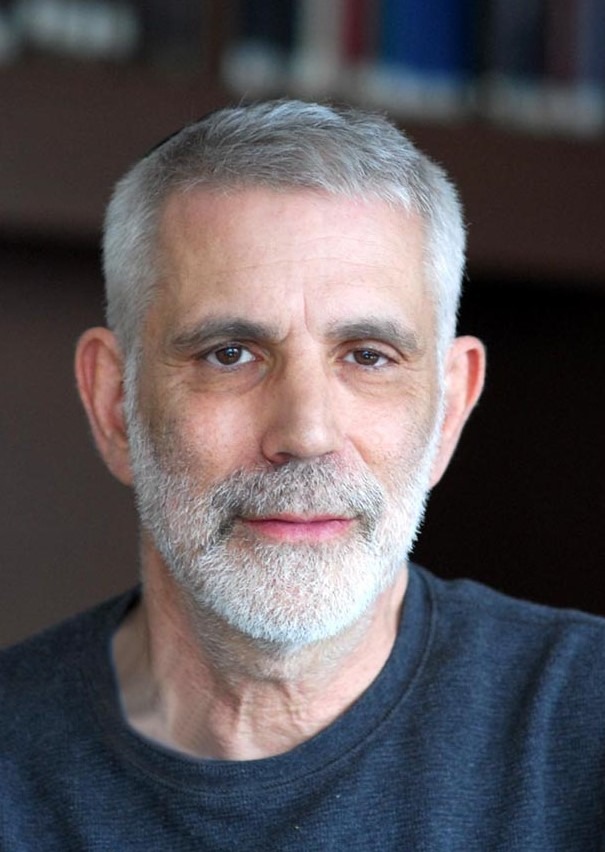 Our final Featured Fellow of the year is William Kolbrener, a professor of English Literature at Bar-Ilan University, and member of our Research Group, "Sensing the Truth: Changing Conceptions of the Perceptual in Early Modern and Enlightenment Europe". We spoke to William about Midrash, Milton, and the unexpected connection between the two…

What research are you working on during your time at the IIAS?

Currently, I am writing a book on Psalms, a project which developed serendipitously. I became interested in Renaissance psalms translations thanks to my IIAS colleague, Emilie Murphy, who is researching the reception of the psalms in the 17th century. Together, we discussed the Geneva Bible, an English translation from 1560, written during the Marian exile, and persecution of Protestants. To my mind, it remains one of the best and most precise English translation that exists.

The figure of David focuses his thoughts and emotions frequently through representing the differences between sight and hearing. In Psalms, so much of his experience of founding the People of Israel is based upon hearing. Seeing has a different status, more reflecting the individual fear of God. I've become very interested in both senses in the English translations, and also how these text reflect the original Hebrew text.

Psalms is the most challenging of the books of the Old Testament, because David not only allows for, but cultivates multiple meanings. As a translator, you have to choose one interpretation. The rabbis of the Talmud understand that Psalms provides different angles on the figure of the David, and so many of them are mediated through sight and hearing.

What other projects are you working on?

This year, I finished a book that I started writing over the pandemic, called Literature and the Sacred: God and Reading in a Time of Pandemic. The book is about the way in which Midrash, more particularly midrashic method, has been adapted over the centuries. Although it is a homiletic genre created by the rabbis, in the 17th century, figures such as Milton and Rembrandt adopted Midrash in their work. For example, Milton's most well-known work, Paradise Lost, is pretty much a Midrash on the Old Testament. Milton knew Pirkei D'Rabbi Eliezer, a Midrashic commentary translated into Latin in 1644. And Rembrandt lived down the block from Menasseh Ben Israel who was a scholar of Midrash – painting his portrait and a frontispiece to one of his theological works. My book focuses on Rembrandt's four paintings of the Samson story, and Milton's 'Samson Agonistes'. I focus on the Midrashic method, rather than the stories, the ways in which Midrash brings past into present.

The project most explicitly related to our group’s work on early modern representation of the senses tells a story that goes from John Milton to Isaac Newton, from the priority of poetry to philosophy. When the authority of Milton and his age ends, there's a movement away from a world based upon time, story, and hearing, into a place of space, experimentation, and seeing. This represents a way of understanding the modern: as we stop telling stories because they are fiction, we become interested in a new kind of truth that we can see and verify with our eyes. The transition from story to sight is really a transition away from the sensibilities of Milton and Rembrandt, in which people would find themselves through reading and writing, through story. There's some tragedy to prioritizing sight, in that we no longer think that reading matters because we are told by scientists that stories don't matter. Not only the stories that we see other people tell, but primarily the stories that we tell ourselves, through which we narrate past, present, and future. In psalms, David is the main storyteller. His contemporaries say to him, "You have no story, and no future. You're done." The Sages say that David invented repentance, because he responds by persisting to write his story. There's a lesson in that for people today. Only through narrative is there a future.

How does your religious background contribute to your academic work?

I think the blessing that I have is that I know how to read into different traditions. Living in the Jewish world, I was constantly exposed to the languages of the Jewish sages. And I internalized them; they are a part of me. I was Haredi and learnt in a kollel [institute for full-time advanced Talmudic study] for 15 years, but the languages of Milton and Shakespeare are in some ways even more important to my self-identity.

I see a responsibility to the people who I teach, because I see that they also want to be part of their traditions, and they want to learn how to read in active creative manners. Great writers who tell stories leave room for your interpretations; they're teaching you how to read, and Milton is the apotheosis of that. Hamlet is the best Midrash on David (don't tell people in my synagogue!) because he's like the 17th century David. Any emotion – joy, shame, depression, guilt, nihilism – has already been written about by David.

Another thing I realized when I started to study Midrash is that David is behind every conception of individualism that exists in the western world. I teach 17th century English literature, so I always saw the individual as beginning with Paul, Augustine, and Luther, and continuing with Shakespeare, Christopher Marlowe, and Milton. I always wondered: where is this in the Jewish tradition? I realized that all these figures are reading psalms. It's coming from David. Shakespeare would have heard the whole psalm cycle sung in church every thirty days, and so it was a part of him.  Western and Hebraic traditions are intertwined through David’s Psalms.

How has your time been at the IIAS?

The Institute gives you the luxury to do what you want to do, without being distracted. On the first day, Yitzhak [Hen, the Director of the IIAS] said, "We don’t make any demands: we don't mind what you write, and we're not going to ask you", because he knows that that's how scholars thrive. It’s the exact opposite of every other academic context where nervous administrators are always looking over your shoulder.

Do you know what an incredible place this is? It's scholarly paradise! Academics never have this. I haven't told Yitzhak this yet, but I'm planning on locking myself to this desk at the end of July.