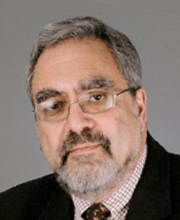 Professor Grafton’s current project is a large-scale study of the science of chronology in 16th- and 17th-century Europe: how scholars attempted to assign dates to past events, reconstruct ancient calendars, and reconcile the Bible with competing accounts of the past. He hopes to reconstruct the complex and dramatic process by which the biblical regime of historical time collapsed, concentrating on the first half of the 17th century. Professor Grafton’s special interests lie in the cultural history of Renaissance Europe, the history of books and readers, the history of scholarship and education in the West from Antiquity to the 19th century, and the history of science from Antiquity to the Renaissance. He joined the Princeton History Department in 1975 after earning his A.B. (1971) and Ph.D. (1975) in history from the University of Chicago and spending a year at University College London, where he studied with Arnaldo Momigliano.

Professor Grafton likes to see the past through the eyes of influential and original writers, and has accordingly written intellectual biographies of a 15th-century Italian humanist, architect, and town planner, Leon Battista Alberti; a 16th-century Italian astrologer and medical man, Girolamo Cardano; and a 16th-century French classicist and historian, Joseph Scaliger. He also studies the long-term history of scholarly practices, such as forgery and the citation of sources, and has worked on many other topics in cultural and intellectual history. Professor Grafton is the author of ten books and the coauthor, editor, coeditor, or translator of nine others. Two collections of essays, Defenders of the Text (1991) and Bring Out Your Dead (2001), cover most of the topics and themes that appeal to him. He has been the recipient of a Guggenheim Fellowship (1989), the Los Angeles Times Book Prize (1993), the Balzan Prize for History of Humanities (2002), and the Mellon Foundation’s Distinguished Achievement Award (2003), and is a member of the American Philosophical Society and the British Academy. In 2011 he served as President of the American Historical Association. At Princeton he is the Henry Putnam University Professor of History.