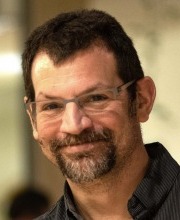 His research attempts to identify the stars responsible for spectacular stellar explosions called supernovae. Solving these mysteries can provide vital clues for both the origins of the elements that make up the periodic table – including those necessary for life itself – and for cosmological questions about the origin and fate of the universe. Prof. Gal-Yam and his research team have reported the discovery of two new types of supernova explosions. One very faint type, which occurs when helium detonates, appears to produce significantly more calcium and titanium than were thought possible, and probably contributes a significant portion of these critical elements in the cosmos—calcium being an elemental critical for life as we know it. The second new type of mega explosion is called pair-production supernovae. These explosions are 10 to 100 times more powerful than any previously known type, and may be the first supernova explosions to have occurred after the “big bang.”

In 2012, Prof. Gal-Yam received the Helen and Martin Kimmel Award for Innovative Investigation. He also received the Krill Prize for Excellence in Scientific Research in 2011, and in 2010, the Israeli Physical Society Prize for a Young Physicist, the German Federal Ministry of Education and Research ARCHES prize, and Weizmann’s Morris L.  Levinson Prize for Physics. His previous honors and awards include a Colton Fellowship (2000), European Union fellowships (1999 and 2007), the Italian Città di Cefalù prize (2006), and the 2008 Peter and Patricia Gruber Award. He has published more than 200 papers in prominent scientific journals, including Nature, Science, and The Astrophysical Journal.