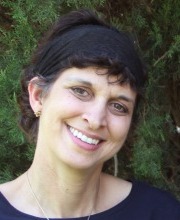 Baumgarten has received awards and fellowships from the Katz Center for Advanced Judaic Studies at the University of Pennsylvania, the Institute for Advanced Study in Princeton, EHESS, the Memorial Foundation for Jewish Culture, the Yad Hanadiv Rothschild Foundation and her publications have received several prizes. She has received research grants from the Israel Science Foundation, the Israel Academy of Sciences and Humanities, the German-Israel Foundation and the European Research Council.