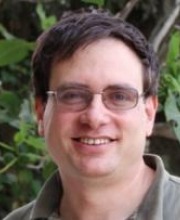 FELLOW
The Hebrew University of Jerusalem
Elon Lindenstrauss is a professor at the Einstein Institute for Mathematics at The Hebrew University of Jerusalem. His main areas of research are ergodic theory, dynamical systems, and their applications to number theory. He was awarded the Fields Medal (2010), the Michael Bruno Memorial Award (2008) and is a member of the Israel Academy of Sciences and Humanities. Publications include, “Invariant Measures and Arithmetic Quantum Unique Ergodicity” in Annals of Mathematics (2) 163 (2006), with Manfred Einsiedler and Anatole Katok, “Invariant Measures and the Set of Exceptions to Littlewood's Conjecture” in Annals of Mathematics (2) 164 (2006) and together with Manfred Einsiedler, Philippe Michel, Philippe and Akshay Venkatesh, “Distribution of Periodic Torus Orbits on Homogeneous Spaces” in Duke Mathematical Journal 148 (2009).