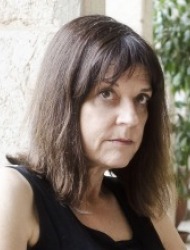 Gail Hareven is the author of seventeen books, including novels, short story collections, and children's books. She is the author of The Confessions of Noa Weber, a novel which won the 2001 Sapir Prize in Israel and the 2010 Best Translated Book Award in the United States. Her translated stories have appeared in The New Yorker, Asymptote, Lilith, and Two Lines, and are featured in both volumes of Zion's Fiction: A Treasury of Israeli Speculative Literature. Her second novel in English, Lies: First Person (2015), was published to critical acclaim. Her writing has been translated into seven languages.

Hareven was a regular columnist for Hadashot, Maariv, and The Jerusalem Report, and continues to write book reviews and essays for Israeli magazines and literary journals. She has written two award-winning plays for children and, together with Dr. Avi Hassner, has translated Shakespeare's Sonnets into Hebrew (Dvir Publishing 2011). She has taught fiction workshops at the Open University and Tel Aviv University, among others, and was a visiting lecturer at the University of Illinois Urbana-Champaign and at Amherst College. In recent years, she has taught fiction writing at the The Ma'aleh School of Television, Film and the Arts, and at the Israel National Library's Pardes Program. She is a third-generation member of the Academy of the Hebrew Language and won the 2013 Prime Minister's Prize for Hebrew Writers.

She lives in Jerusalem with her husband and is the mother of two daughters.