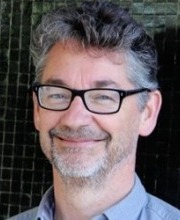 FELLOW
University of Texas at Austin
Glenn Peers is a Professor in the Department of Art and Art History at the University of Texas at Austin. His research interests include art and identity amongst Christians of the medieval eastern Mediterranean, philhellenism in Renaissance France, and Byzantine manuscripts, like the eleventh-century illustrated Psalter, Vat. gr. 752, Georgian manuscripts and culture, and the extraordinarily diverse cultures of the pocket empire at Trebizond (Trabzon, Turkey) in the late Middle Ages. He has also been engaged in museum studies and exhibition practice in recent years. In Byzantine Things in the World (The Menil Collection, Houston, TX, 2013), he explored analogies between Byzantine and modern and non-western art. This project continues with exploration of aspects of materiality and medieval animism.