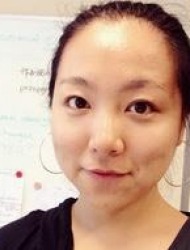 Han Zhai, Ph.D (2017), Tilburg University, is the lecturer of constitutional law at Wuhan University, China. She holds an LL.M of the Chinese University of Political Science and Law and an LL.B of Inner Mongolia University. The edited version of her PhD thesis, Constitutional Identity of Contemporary China: the Unitary System and Its Internal Logic, will be published by BRILL in late 2019. Her proposed research in the 2019-2020 Research Group 'Constitutional Transplantation' is on the constitutional fate of post-war East Asia.

She is also an invited research fellow in the 15-country comparative project Government by Algorithms: A Comparative Analysis of How New Technologies Changes and Influenced the Administration and Judiciary since 2018, initiated by Leiden University and the Société de Législation Comparée. She works as the executive editor of the collected translation series Contemporary China in the overseas studies since 2018, established by the Central Institute of Socialism, China.

In the early career period, her research topics include