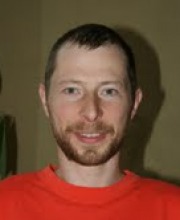 FELLOW
ETH Zürich
Manfred Einsiedler graduated in 1999 from Universität Wien, and after spending 8 years in the US he became a professor of Mathematics at ETH Zürich in 2009. He is working on dynamical and equidistribution problems on homogeneous spaces. The equidistribution of closed horocycle orbits and collections of closed geodesic orbits on the modular surface are good examples of such problems. Notable publications include, with Elon Lindenstrauss, Philippe Michel, and Akshay Venkatesh, “Distribution of Periodic Torus Orbits and Duke's Theorem for Cubic Fields” in Annals of Mathematics 2 173, 2 (2011), and with Gregory Margulis and Akshay Venkatesh, “Effective Equidistribution for Closed Orbits of Semisimple Groups on Homogeneous Spaces” in Inventiones Mathematicae 177, 1  (2009).