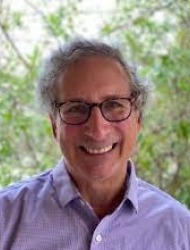 Marc
Brettler
INDIVIDUAL FELLOW
Duke University
Marc Brettler is the Bernice and Morton Lerner Professor of Judaic Studies at Duke University, and Dora Golding Professor of Biblical Studies emeritus at Brandeis University. His research centers on several areas: the use of religious metaphors in the Hebrew Bible (God is King: Understanding an Israelite Metaphor, 1989), the nature of biblical historical texts as "literary" texts (The Creation of History in Ancient Israel, 1995; The Book of Judges, 2002), and gender and the Bible. He co-edited The Jewish Annotated New Testament (2011) and The New Oxford Annotated Bible (2001, revised 2010), co-authored The Bible and the Believer (2012; paperback 2015), wrote Biblical Hebrew for Students of Modern Hebrew (2002) and co-edited The Jewish Study Bible (2004; second edition 2014), which was awarded a National Jewish Book Award. How to Read the Bible was published by the Jewish Publication Society in fall 2005, and in paperback as How to Read the Jewish Bible by Oxford University Press in 2007. His articles may be found at https://duke.academia.edu/MarcBrettler.
Individual Fellow Scholar 2022-2023 Duke University 2022-2023