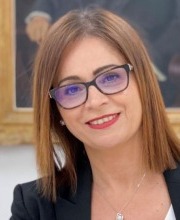 Prof. Mona Khoury-Kassabri is a Professor at the Paul Baerwald School of Social Work and Social Welfare and the Vice President of Strategy and Diversity at The Hebrew University of Jerusalem. Her research addresses issues related to child and youth welfare; she is one of the world’s leading child welfare scholars specializing in youth involvement in violence, as victims or as perpetrators. In recent years, with the increased use of information and communications technology among youth, Prof. Khoury-Kassabri has also studied cyber-bullying, exploring students’, parents’, and teachers’ views and conceptions regarding cyber-bullying over time. As a visiting professor at the Factor-Inwentash Faculty of Social Work University of Toronto (in 2011-2012 and 2016-2017), she studied youth involvement in cyber-bulling together with Prof. Faye Mishna.

Her research aims to expand the theoretical literature in the field, by showing how children’s behavior is a result of the interplay between individual and socio-contextual (economic, social, and political) factors. Her work has important implications for training, policy, and interventions to prevent child and youth violence and delinquency.

She has received numerous awards and excellence scholarships, including the 2018 Hebrew University Rector's Prize for excellence in research and teaching, a MAOF Fellowship in 2007-2010, and a Golda Meir Fellowship in 2005-2006. Prof. Khoury-Kassabri heads the committee appointed to examine The Hebrew University’s diversity policy as part of the Israeli President’s initiative Israeli Hope in Academia, and is an alumna of the Israel Young Academy and a member of the Global Young Academy.