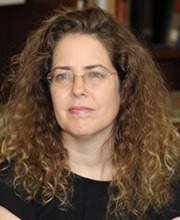 Prof. Dudovich's research is concerned with basic phenomena in strong field light-matter interactions, focusing in particular on the generation and measurement of attosecond processes. Some of her most recent research addresses the challenges inherent in using laser light and photon energy to study static and dynamic properties of atoms and molecules, on ultrafast timescales. Prof. Dudovich and her group combined two-dimensional control of the electron trajectories and vibrational control of molecules to disentangle the two main steps in high-harmonic generation—ionization and recombination. They demonstrated a new measurement scheme, frequency-resolved optomolecular gating, which resolves the temporal amplitude and phase of the harmonic emission from excited molecules. Focusing on the study of vibrational motion in dinitrogen tetroxide gas, they showed new ways to provide a unique insight into the structural and dynamical properties of lasers.

Prof. Dudovich is a co-owner of two patents in nonlinear spectroscopy and a recipient of a number of prestigious fellowships and awards, including the Helen and Martin Kimmel Award for Innovative Investigation for 2017, the 2013 Krill Prize for Excellence in Scientific Research, the IPS Prize for Young Physicist in 2012, the IUPAP Young Scientist Prize in 2012, a Weizmann Institute Women in Science Fellowship and a Rothschild Fellowship in 2004, and the Chorafas Foundation Award for Outstanding Achievement and the Gad Resheff Memorial Prize for Outstanding Achievements in Research in 2003. She was elected to the Israel Young Academy in 2015 and to the American Physical Society in 2016.