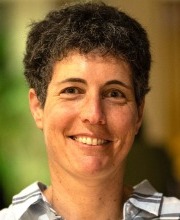 Prof. Kupferman's research area are the theoretical foundations of the formal verification and synthesis of computer systems, including automata, temporal logics, quantitative analysis, vacuity, and coverage. In particular, she is renowned for her work on the automata-theoretic approach to branching-time model checking and to synthesis. Her work on safraless decision procedures for automata on infinite words has also been highly influential.

Prof. Kupferman has published over 40 papers in scientific journals and over 140 papers in international conferences. She chaired the IEEE Symposium on Logic in Computer Science (LICS) in 2013, and has been keynote speaker of the main conferences in her area, including LICS, CONCUR, ICALP, and TACAS . Prof. Kupferman is member of the Editorial Board of the journals Formal Methods in System Design, and Logical Methods in Computer Science. She is Editor-in-Chief of the ACM Transactions on Computational Logic.