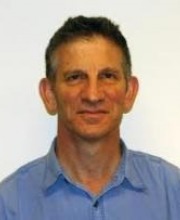 FELLOW
IAS Princeton
Peter Sarnak is a professor at the School of Mathematics at the Institute for Advanced Study in Princeton. He has made major contributions to number theory and to questions in analysis motivated by number theory. His interest in mathematics is wide-ranging, and his research focuses on the theory of zeta functions and automorphic forms with applications to number theory, combinatorics, and mathematical physics. Recent publications include, with Jean Bourgain and Alex Gamburd, "Affine Linear Sieve, Expanders, and Sum-Product" in  Invent. Math. 179 (2010), "Integral Apollonian Packings" in the American Mathematical Monthly 118 (2011), and together with Alireza Salehi Golsefidy, "The Affine Sieve” in the Journal of the American Mathematical Society (in press).