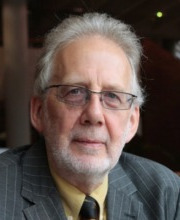 FELLOW
University of Sterling
R. A. Duff is a Professor Emeritus at the University of Sterling, where he taught philosophy for almost 40 years, and a Professor in the University of Minnesota Law School, where he helped to create the Robina Institute of Criminal Law and Criminal Justice. He is a Fellow of the British Academy and the Royal Society of Edinburgh, and holds an honorary doctorate from the University of Oslo. He works in the philosophy of criminal law, and has published on criminal punishment, on the structures of criminal liability, and on the criminal process. He recently led major research projects titled The Trial on Trial, and Criminalization, and is currently working on a book, The Realm of the Criminal Law, arising from the Criminalization series. Other current projects include the relationship between tort law and criminal law, and on democracy and the legitimation of criminal law.