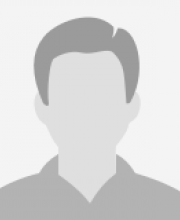 FELLOW
University of Oxford
Robert is a professor in the Oriential Institute at the University of Oxford. His research interests are: relations between Muslims, Jews and Christians in the pre-modern Middle East; the links between identity, religion and ethnicity in the pre-Islamic and early Islamic period; the transmission of knowledge from the Ancient world to the Islamic world and the reforging of that knowledge by Muslim scholars; the change in material culture from the Ancient world to the Islamic world and the emergence of an Islamic style of art and architecture; the use of Arabic inscriptions for understanding Islamic history and culture.
See also: 2009-2010, 2002-2003, Greeks, Romans, Jews and Others in the Near East from Alexander to Muhammad: A Civilization of Epigraphy, Ancient Arabia (from 1st Millennium BCE to the Emergence of Islam) and its Relations with the Surrounding Cultures, University of Oxford