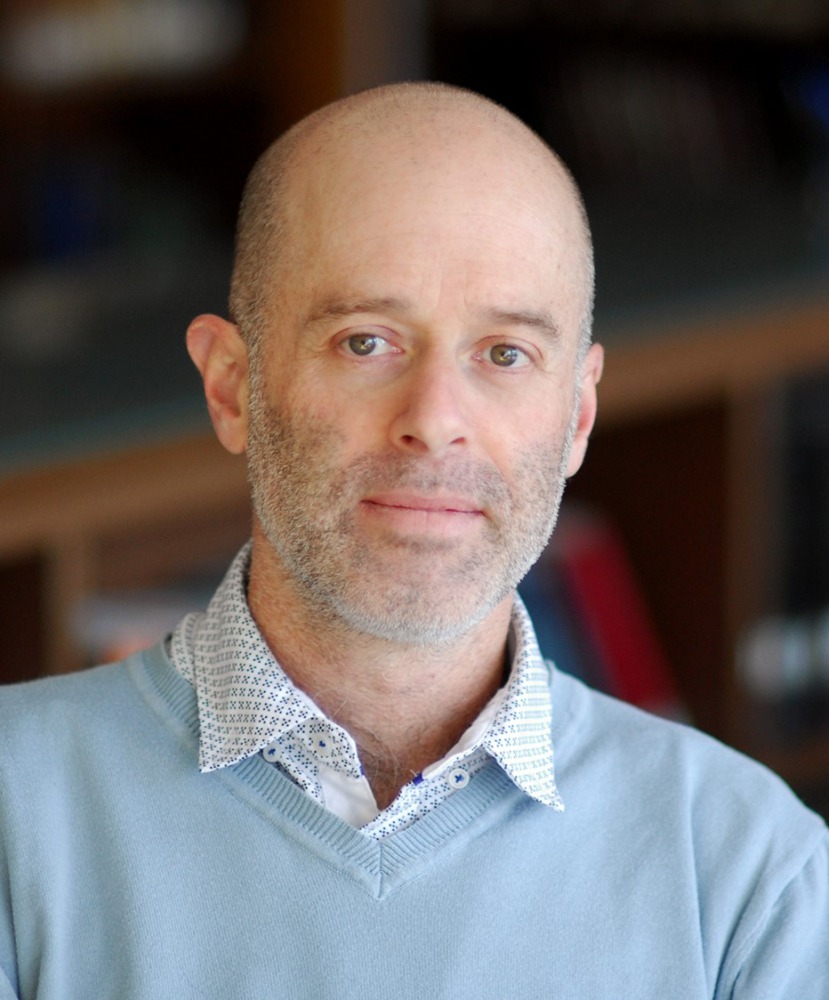 This week's Featured Fellow is Yaniv Fox, a senior lecturer in General History at Bar-Ilan University and the organizer of our Research Group, "Purity and Pollution in Late Antique and Early Medieval Culture and Society". We found out about medieval heretics, rebaptism, and 3D printing…

I'm exploring the ways in which early medieval bishops in Gaul and Spain used biblical exegesis to define heretics and heretical communities living in their midst, particularly Arians. They would weaponize the language of the bible to condemn heresy, and by doing this, they gave their communities the tools to more clearly define themselves: who is part of our community, and who is not? Who is the right kind of Christian, and who is not? And this was all happening during a time where there was a battle for hegemony between various strands of Christianity in the West.

How did you get into that field?

The best explanation I can give for my interest in early medieval history is because I played Dungeons & Dragons as a kid! This particular strand of inquiry started when I came across a heretical community in Gaul and Spain called the Bonosiacs. They appeared for a brief period in the 4th century in what is now Bulgaria and Serbia, and then they disappeared and reemerged a century later in Burgundy and Spain, so I was curious as to why these heretics vanished from one place and reappeared in another. I then started looking at the use of heretical language: when are people called heretics and what kind of terminology is used to refer to these heretics? This led me to investigate how the language of purity and pollution is used in the writings of early medieval bishops to talk about incorrect faith, or the pollution of faith by heresy. The two strands converged, and this is the result!

So is that what inspired you to create the Research Group?

Exactly. Purity and pollution seemed to be a recurring theme in the way that people talked about heresy, using these paradigms of hygienic language, and of defilement and uncleanliness. So I started reaching out to scholars whose fields were linked to this question, which led to the formation of the group: six scholars are now tackling this question from different perspectives, time periods, and geographical locations.

The most talked about ritual is rebaptism. A person would be baptized as an infant or as an adult to Catholicism, and if this person decided to cross into Arianism, he would have to be rebaptized – in essence, undoing the first baptism. For Catholics, rebaptism was the iconic emblematic act of heresy, because baptism was perceived as a one-time ceremony that undoes original sin. In Catholic eyes, to rebaptize was to undermine Divine grace.

What is your experience of the IIAS so far?

Academically, it's invigorating. The early medieval community in Israel is small, and so I'm not usually able to talk about the micro aspects of my research with close colleagues because they're from different disciplines. So being here, surrounded by people who are also researching medieval history, has been really great. Every lunch, and every informal coffee in the hallway, leads to interesting discussions. We're also closely collaborating on the organization of our upcoming conference, and we've taken some field trips together, so our group dynamic has evolved from a professional relationship to a friendship, which is really nice.

First of all, I have 3 kids, so that takes up a lot of my time! In terms of hobbies, I'm an avid runner, and I do 3D-printing. My wife got me a 3D printer for my birthday a few years ago and I've been printing away ever since. During the first lockdown when things started to break around the house and all the stores were closed, I printed a door knob replacement that I designed, and since then, I've printed all kinds of things for the house.

Can you recommend us a good book that you've read recently?

Haggai Erlich's "Yam Suf: HaYam Ha'atzuv" ["The Red Sea, the Sad Sea"], which is a chronological review of the Red Sea. Unlike the Mediterranean Sea, which allowed communities dwelling along the coast to exchange ideas and trade, the Red Sea historically has had the opposite result of being an unbridgeable obstacle between societies. The book spans early medieval history to the Israeli-Egyptian wars in the 1950s and 1960s and shows how the Red Sea has acted as a barrier – hence the name, "The Sad Sea".

I also enjoyed "The Sweet Spot" by Paul Bloom, which explores why people do things that are painful or uncomfortable, and what we can learn about human psychology from looking at those who climb mountains or do things that terrify them. It’s a very interesting read.

Do you have a favourite musician?

Music is very connected to the time in your personal history when you were really into that musician. So when I hear Metallica, I immediately think of high school, and when I hear Fleet Foxes, I immediately think of my post doctorate at University of Cambridge. There's music for every chapter of my life, but if I had to choose, there's one singer/songwriter called Laura Veirs. She's a folk rock musician with great music and lyrics.