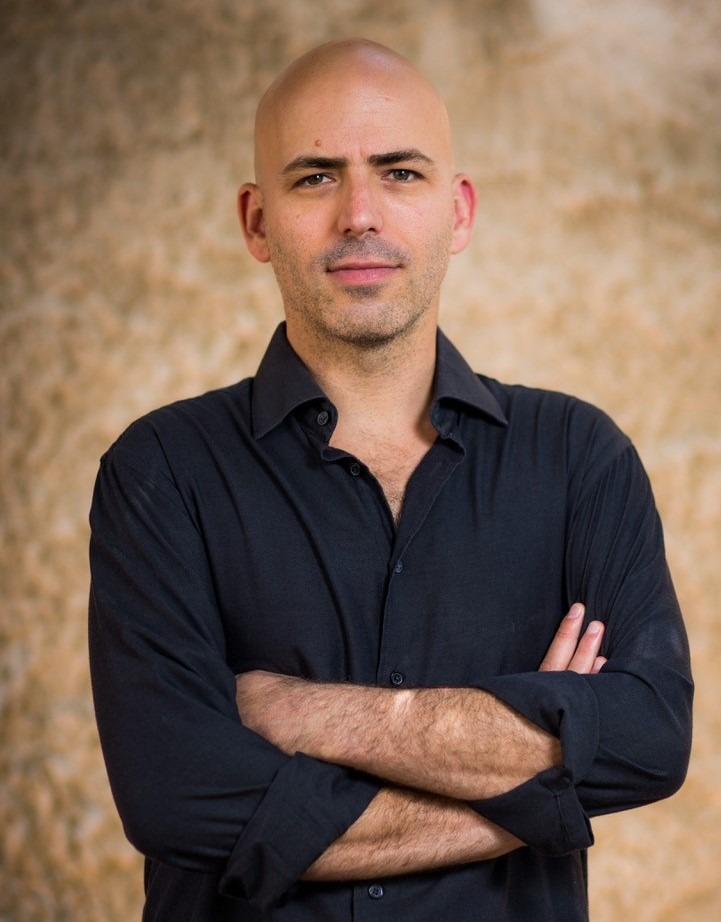 Our first Featured Fellow is author and screenwriter Yaniv Iczkovits, this year's Artist in Residence at the IIAS. Yaniv has published four novels and one novella, winning multiple awards for his work, and has been nominated for this year's Sapir Prize for his most recent novel, 'Nobody Leaves Palo Alto'. He is now working on developing TV content based on his novels for Keshet and KI, Yes, Endemol Shine and more.

We took the chance to find out about what projects Yaniv is working on during his time at the IIAS, his journey to becoming an author, and his stint at the University of Oxford (plus some music recommendations).

What are you working on during your residency at the IIAS?

I'm adapting my most recent book, Nobody Leaves Palo Alto, into a TV series on the Israeli TV network Keshet, and I'm working on my new book.

What's the book about?

It's about three very close friends from Sighet, a remote town in Romania, that were separated during the Holocaust. Each character took his own path, and now they are reunited in their home town after 40 years, with each one on his own journey.

When did you realize that you wanted to be an author?

I think that usually authors come from one of two paths. The first is coming from a family with parents who are oriented towards the arts and music. This wasn’t the case for me – my mother is a teacher and my father is an engineer, so my childhood wasn't about books, or art in general.

The second is that they start writing because of meaningful or shocking events they have experienced that need to be processed. For me, it was the army. Most people go on post-army trips to India and South America, but I went back to my house and started writing. That was my 'trip'. My first novel was really bad, because I didn't know anything about the craft of writing, and I wasn't able to publish it. I had to decide whether I wanted to study writing, and improve, or pursue another profession. When I learnt more about writing I became increasingly fascinated by it and I wanted to become a writer. Many people tried to discourage me, because in Israel it is not always lucrative, but once I had fallen in love with it, I couldn't imagine myself doing anything else.

You spent some time at the University of Oxford – what was that like?

It was one of the greatest experiences of my life. I studied with Iranians, Syrians, Lebanese… people who were my enemies just a year before, and at Oxford we were sitting together and exchanging ideas. It was an amazing experience.

Out of the books that you've written, would you say you have a favourite one?

In terms of success, my two most recent books have been the most successful: The Slaughterman's Daughter has been translated into 15 languages, and No One Leaves Palo Alto is now being adapted for television. But when someone tells me, "your first book was the best", I really appreciate that, because I feel that success is not the only indicator of the quality of the books.

All my books were written at different times in my life. Obviously I have evolved as an author, but in a strange way, I don't feel that this means my most recent book is much better than my first book; evolving as an author means that the book is going to be different, not necessarily better. I could call my second book – Adam and Sophie – a failure, in terms of the fact that sales were low, and the reviews weren't great… but sometimes I feel that it is my best book. If you were to take me back to 2009 and ask me if I would still want to publish it, knowing that it would fail, my answer would definitely be yes. I don't regret it.

Outside of writing, what do you like to do in your free time?

I love to do lots of sports – tennis, running, and on weekends I like to take my daughters on all kinds of hikes. I also love reading, obviously. Plus listening to music and podcasts.

Who's your favourite musician?

I would have to say Tom Waits. Try his album, 'Closing Time'.

What's your favourite thing about being at the IIAS?

It's an amazing experience. It’s a huge honour to be here with all these smart people. I get to meet a lot of interesting people from many disciplines, and hear their stories and their areas of research, and just from talking to them I've already got some ideas for future writing projects!