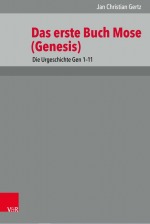 The primeval history of Genesis 1–11 is a reflection upon the origins of the world, the world order, humanity, and human culture. It is an expression of the basic idea that the essence of all things present and future traces back to the Beginning—an idea widespread in ancient cultures that was developed according to their own understandings of the natural world. In this sense, the Hebrew Bible’s primeval history offers less of an explanation for the origins of the world than an interpretive attempt at understanding humanity’s experience with itself and its environment. Standing at the center of stories that grapple with this, alongside explanations of genealogies, geography, and natural history, is the human being, in its manifold relations to fellow human beings, non-human creation, and God.